Effects of Marijuana on the Body and Brain Maturity

Since the advent of technology, marijuana has become a widely used drug in the U.S., Canada, and other countries worldwide.

The raging debate on marijuana legalization has also been trending worldwide, and although it’s illicit, scientists and researchers have begun to discover the medical benefits of marijuana.

More states are now legalizing marijuana, and evidence from numerous animal research shows that marijuana can have permanent and long-term benefits on your brain.

Additionally, American parents have been wary of marijuana and whether it’s safe for their health. Well, can medical marijuana be your ultimate solution to various conditions? Read along to find out.

Also Read:- You Can’t Smoke Weed In These Countries And Places

What is the Difference Between Medical and Recreational Marijuana?

Medical marijuana is marijuana that is used to treat conditions or diseases. It’s just like recreational marijuana but is used for medical purposes. The cannabis plant has over 100 cannabinoids, with each having a unique effect on your body.

The most popular cannabinoids are cannabidiol (CBD) and Tetrahydrocannabinol (THC). CBD has many health benefits and is commonly found in CBD products. THC is also beneficial, but it can make you ‘high” and is therefore included in lower proportions.

Research on the Effects of CBD on the Brain

The move to legalize marijuana in the United States and Canada has been gaining traction over the last decade. The country has been focusing on cannabis and whether it can help treat psychiatric disorders.

Research has been conducted in Canada on a group of people taking CBD and in 31 different studies. In Canada, the use of medical marijuana is legal.

Also, the American Medical Association has researched cannabis. From these studies, it’s been found that CBD can be a viable option for treating conditions like chemotherapy-related nausea and nerve pain.

One of the main reasons CBD helps relieve pain and nausea is that it reduces anxiety in some patients, improves their mood, and has sedative properties.

Staci Gruber, who works at the psychiatry faculty of Harvard University, researches the effect of CBD on new and old brains for over three decades.

Gruber says that marijuana can have different effects based on how and when it is used. Teenagers using marijuana could have lower IQs and reduced brain function. Meanwhile, people with a medical condition may experience increased brain function on using it.

Additionally, CBD may assist with mental health conditions such as Posttraumatic Stress Disorder (PTSD) and schizophrenia.

Medical marijuana has also hit the headlines for the past few years over its link to helping children with seizures. FDA has also approved Epidiolex, a CBD product, to help people with severe seizures. Many people, including children, reported positive improvements after taking the drug.

Other Uses of Marijuana

Besides helping with brain development, medical marijuana can also help you to deal with:

How Long Does CBD Stay in Your System?

For instance, Illinois marijuana can be different from Canada’s plants. The doctor will recommend the best dosage, but you should start small (about 20 mg) and increase gradually until you find the dosage that works best for your health.

How to Grow Marijuana

Legal cannabis is now highly popular in the US, Canada, and worldwide. States which have not legalized it are also in the process of cannabis legalization. And though not entirely legal, many countries still tolerate the growth of the marijuana leaf.

Growing marijuana plants is fun, and it’s not expensive to put this plant on your farm. You need to get a medical marijuana card, choose cannabis seeds, and set the right conditions, either indoors or outdoors.

Like other plants, take care of cannabis until its blooming stage, when the marijuana leaves are ready for harvest.

Where to Buy Marijuana

You can buy cannabis products from marijuana dispensaries located across the US, Canada, and the world. Many online retailers sell high-quality CBD products, and you can easily get high-quality hemp with ease.

CBD has grown to become an alternative treatment for several medical conditions in Canada and the United States. Over a third of US states have legalized it, while more are in the process of legalization.

If you want to try medical cannabis, first consult your doctor on whether it’s ideal for your body. 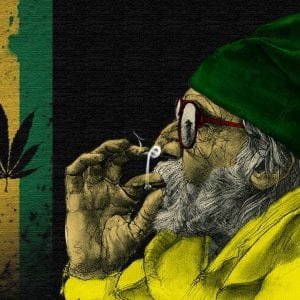