You Can’t Smoke Weed in These Countries and Places

Although marijuana is legal in Canada and many U.S. states, marijuana legalizations worldwide are a controversial subject. Many countries around the world don’t allow locals or travelers to smoke weed.

Given the increased number of people that believe in the medical benefits of marijuana, many CBD brands have been opened to cater to the increasing demand in countries where medical and recreational weed use is legal.

There are countries and places where it is illegal to smoke weed or open a CBD business. This is because people in these places believe that smoking weed can lead to abuse of other drugs such as cocaine and heroin.

Continue reading to learn about countries where you can’t smoke weed.

Countries Where it is Illegal to Smoke Weed

Whether you smoke weed every day or are learning how to smoke weed, it is imperative to know where you can and can’t smoke weed.

Knowing the legality of marijuana is especially important when traveling. The next time you are planning your holiday destinations, make mote of these list of countries where drugs are illegal:

Germany is one of the weed prohibited countries. However, if you have a severe health condition with no other treatment, you can be allowed to use medicinal cannabis.

Although Germany has many weed users, about 75 percent of Germans are against cannabis legalization. That means it is hard to get a permit to obtain medical marijuana.

Besides, if traces of weed are traced in your system when driving, you may face some legal issues.

Australia is another country with restrictive cannabis laws. If you are caught smoking weed in Australia, you could be kicked out.

The penalty for smoking weed in Australia depends on your location and the quality of weed you are caught with – it can be a fine or life imprisonment.

Saudi Arabia is the place you don’t want to be caught with any drug (whether soft or hard). If you are found with CBD products in Saudi Arabia, you may be deported or, in the worst case, spend many years in prison.

In some cases, you may be beheaded if you smoke weed or are found in possession of drugs in Saudi Arabia. Too bad, right?

We bet you love France, and it may be on your travel wish list in 2021. While France has many attractive destinations for tourists to enjoy, it may not be your best bet if you plan to smoke weed on the go.

France has the most restrictive cannabis laws in Europe. The laws are so restrictive that having a weed sign on your clothing or belongings could land you in trouble.

The worst part is that they category hard and soft drugs the same, meaning having any cannabis product could earn you many years in jail. Well, this is what the law states, but if you are lucky, you may walk away with a simple warning.

If you want an easy way to a Chinese prison, smoke weed within their boundaries. In worst cases, having more than fifty grams of weed may lead to the death penalty.

Ironically, you can quickly get cocaine, heroin, and meth in some parts of China but not cannabis.

As with China, smoking weed in Singapore can easily land you in prison. If you are found with over 500 grams of weed, you may be sentenced to death. You may be jailed for having anything related to drug trafficking.

It is no doubt that Singapore is a country that every stoner should be aware of when traveling.

If you love your life and freedom, you should not light up your favorite joint in Indonesia. Whether you are a local or a tourist, smoking weed in Indonesia can earn you between four and twenty years in prison.

Don’t even think about selling any CBD products in Indonesia as it is punishable by death.

Our list of countries and places you can’t smoke weed cannot end without Oman. Smoking weed or any other drug in Oman may lead to 20 years imprisonment and fifty lashes.

Besides that, if you are found trafficking drugs, you will serve 20 years in jail before you are deported to your country.

Some of the most stoned countries include Iceland, United States, Nigeria, and Canada. We hope that this guide will help you make better travel choices as a stoner. 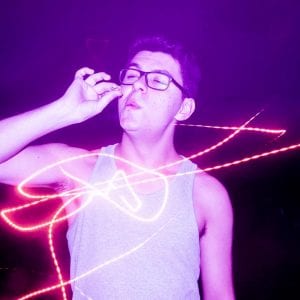