Wow! It’s now safe to say that weed is healthy for you

I believe it’s safe to say that weed can be healthy for certain individuals – but, at the end of the day, it all depends on consumption and the internal/external environment that plays a huge role in the life of a dlabber of herb.

Truth be told, weed is older than you and your granny combined and has been used to treat many various ailments for the past 3,000 years. So next time you’re not feeling too well, try to see how weed can aid you.

As stated by the National Institute of Health, we humans have managed to integrate this herb into our lifestyle to treat our pains for thousands of ancestral years.

It has also been noted over the past few years that modern scientific research has shown that cannabis may benefit the treatment of many health implications – and maybe even deemed to state that it may be healthy for certain individuals.

Treat your health with weed, it contains therapeutical & medicinal properties:

Chronic pain: Last year, a large review from the National Academies of Sciences, Engineering, and Medicine assessed more than 10,000 scientific studies on the medical benefits and adverse effects of cannabis.

Alcoholism and drug addiction: Another comprehensive review of the evidence, published last year in the journal Clinical Psychology Review, revealed that using cannabis may help people with alcohol or opioid dependencies to fight their addictions.

Multiple sclerosis: The short-term use of oral cannabinoids may improve symptoms of spasticity among people with multiple sclerosis, but the positive effects have been found to be modest.

Try to speak to a professional and always listen to your mind and body to detect how weed makes you feel. As your health is your first priority, so never compromise to this notion.

How to Consume Weed in a Healthier Way?

Many individuals consume weed through smoking and this can raise the question “Can you smoke weed and still be healthy?” Well, first of all, you don’t need to use the method of inhaling and exhaling the herb in order to feel its effects. Considering the truth, smoking is not healthy and should be traded for edibles instead. Or gradually try consuming weed through other smoking forms that aren’t as harsh for your body. Nowadays, you can use weed through these uses:

Vaporizing — by not raising the temperature of cannabis oil to the point of burning, you can get virtually identical benefits of smoking with a much lower risk of carcinogen exposure. Nowadays if someone passes the joint, and you’ve been vaping for over a few months, you’ll feel the difference immideately. Trade it and see.

Edibles/Cooking with Cannabis — isolating cannabinoids from raw cannabis to be consumed in edibles is a very popular way to get the medicinal benefits without any harmful side effects. I believe this is the perfect way to consume weed as it’s not as harsh as smoking and you can micro-dose according to your needs/envrionment.

Tinctures — extracted from cannabis, tinctures are alcohol-based and are generally found in small bottles with droppers. You can add drops of cannabis tincture into your drink or be taken sublingually, which is to say under your tongue. This method also provides no aroma, so the smell won’t be of concern!

Topicals — the curative effects of cannabis beyond its psychoactive effects are well documented. Look no further than your corner CBD shop to see the benefits of one particular—cannabidiol. When applied topically, both THC and CBD can have incredible pain-relieving and anti-inflammatory capabilities.

Overall, there’s a lot of research that states that weed has been the herb of aid..

As you can see weed can be a very highly controversial topic to talk about, which is quite odd – as it’s literally a plant, and we place worse things into our body on a daily basis. *cough cough, for instance your favoruite soda-pop has more implications and health issues that individuals should worry about instead of an herb that’s grown straight out of the Earth.

Anyways – there has now been more reseach and emphasis placed on marijuanna and many studies are proving that weed does have health benefits for indivuduals.

If you’re seeking to find a healthy route in life and wondering on the effects weed can bring to you, we always advice to check that you don’t have past conditions that can risk your health any further. Also, be aware that not all states and countries have legalized this herb. Thus, make sure to always research the legalities before proceeding with recreational or medicinal use of marijuana.

Check out our other article, if you want to learn more on Edibles! 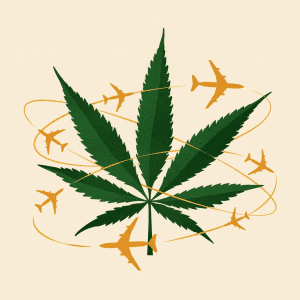