If you are looking for the biggest cannabis news of 2020, you are lucky to have stumbled on this post.

In 2018, both California and Canada opened the largest cannabis markets in the world. 2019 was not also a bad year for the cannabis industry, although it looked dwarfed compared to 2018.

Unfortunately, despite the passage of the Farm Bill in 2018, the United States experienced a vaping crisis in 2019.

While many hoped that 2020 would bring greater opportunities for CBD brands, this was not the case. The coronavirus pandemic affected everything and the CBD business was not exceptional.

To help you understand how the CBD industry fared in 2020, have a look at the cannabis news today.

The Biggest Cannabis News of 2020

Although COVID-19 dominated most of 2020, it was a busy year for the CBD community. While we cannot provide all the CBD news of 2020, we shall highlight the top stories in the cannabis sector, including California cannabis news.

2020 was not a good year for most licensed cannabis producers.

In an attempt to reduce the damage, most marijuana growers shut down facilities, which lead to massive layoffs.

For instance, about 220 people were laid off after Canopy Growth closed five facilities in Canada, including Edmonton, St. John’s, Saskatchewan, Ont., and Fredericton.

While trying to ease operations in its five facilities, including Alberta, Ontario, Saskatchewan, Quebec, Aurora laid off 700 workers.

The story was the same in the U.S. and UK as many people were laid to ease operations.

Charlotte Figi made headlines in 2013 after her story was published on Dr. Sanjay Gupta’s Weed documentary on CNN.

Before he met Figi, Gupta didn’t believe in marijuana’s efficacy. Figi had Dravet syndrome (a rare form of epilepsy), which was treated using CBD oil in 2012.

After the treatment, Figi could eat without a feeding tube and her family said that CBD helped her manage the seizures.

As of now, 75 percent of Americans like this policy, and about 90 percent are in favor of medical marijuana.

As the 2020 elections got closer, the House voted to remove marijuana from the Controlled Substances Act, which now awaits Senate’s approval.

Among others, celebrities who invested in the cannabis stock include:

The United Nations Commission on Narcotic Drugs (CND) approved the recommendation from the World Health Organization (WHO) to reschedule cannabis.

It is expected that the historic vote will have major implications on the CBD industry – from scientific research to regulatory oversight, and its medicinal use.

If you thought of marijuana as a dispensable consumer good, think again. During the lockdown, cannabis dispensaries alongside gas stations, grocery stores, and pharmacies were categorized as essential in Canada and many U.S. states.

That means you could buy your favorite CBD products from your local dispensary. This move by the government indicated that marijuana is a highly demanded product.

Increased demand from consumers made cannabis retailers innovate better ways to do business.

This led to the growth of e-commerce and digital payment solutions to keep both consumers and employees safe from COVID-19.

The latest cannabis news shows that high taxes, a dual licensing system, and the continued success of illegal cannabis are the main challenges that CBD businesses face in California.

These are some of the tip cannabis news of 2020. Looking ahead to 2021, we expect great transformations in the cannabis stock news.

Technological advancements will play a significant role in the legal CBD industry in 2021 going forward. You can also expect less stigma on cannabis sale and use as marijuana legalization continues. 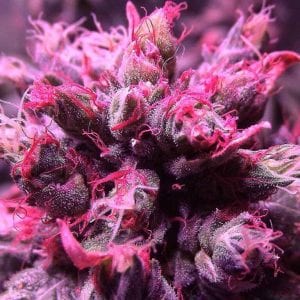