Our Tribute to Charlotte Figi, A Hero of the CBD Movement! ❤️

The epileptic child who suffered her first seizure when she was just three months, died on 8th of April after a battle with a coronavirus-like illness. Her mother’s Facebook page updated a previous post to announce “she is seizure free forever”.

In this article today we’d like to pay tribute to one of the most symbolic leaders in the CBD movement, Charlotte Figi.

Who Was Charlotte Figi?

Charlotte suffered from what is known as ‘Dravet syndrome’ an incredibly rare and severe form of epilepsy that usually begins in the early stages of life. Most people with Dravet Syndrome suffer frequent and intense seizure (sometimes up to 50 times per day). Remarkably, cannabidiol (CBD), brought relief from the intense seizures Charlotte would suffer, reducing the length and frequency.

At age 5, Charlotte suffered as many as 300 grand mal seizures a week, used a wheelchair, went into repeated cardiac arrest and could barely speak.

But there was a problem. CBD was illegal in the United States and billion-dollar pharmaceutical companies were putting obstacles in front of patients and families who wanted access to the “miracle and natural treatment”. Big Pharma was doing what they always have done best, putting profits before people, and getting their powerful lobbyists to persuade politicians to keep CBD off the shelves.

Charlotte and her family fought back. Through their lobbying efforts and support from people around the world, Charlotte and her family quickly became the figurehead of a nationwide movement to legalize CBD. Soon, lawmakers everywhere began changing cannabis laws, allowing thousands of patients with severe and untreatable epilepsy access to CBD.

Charlotte’s infectious energy did not stop there, her fight and successful battle to reform CBD as a medicine inspired many others, including the Stanley Brothers.

Like straight out of a boy band magazine, the Stanley Brothers are team of 6 American entrepreneurs who were on a mission to create a medical cannabis company. They originally started as breeders for the medical industry but after a few years, they started to produce their own high-CBD strain in 2009.

According to the Stanley Brother’s website, “after meeting with Charlotte and her family we decided to develop Charlotte’s Web hemp oils”. An all-natural remedy that was incredibly effective in fighting epilepsy, in some cases, patients were going from 300 seizures a month to only 1.

The Stanley Brothers became known as the Robin Hood of the marijuana industry because of their mission to create affordable options for those who felt they needed it.

A Legend is an Understatement

CBD is now emerging as one of the most prolific medicines to hit the market since the introduction of penicillin. According to US National Statistics, the CBD industry will grow by over 256% in 2020, making it one of the most popular medicines in the world.

From its numerous healing properties such as reducing inflammatory, pain, nausea, anxiety and stress, to it’s natural and clean composition, CBD is going to has changed the world of medicine.

I just want to end this article with a little story on how Charlotte Figi’s story even effected me.

I remember being in my early twenties and CBD was just being introduced to the masses as a medicine. Charlotte Figi’s story was just unfolding nationwide and even though I did not follow closely, it was difficult to not read about it in the news. She was everywhere.

I had a long time friend who lived across the street from me. When she was 22-years old she got married, had kids, and moved away and I did not her from her. I remember signing into Facebook one day and seeing that she had sent me a message.

“Hey, how are you? Hate to send you a message after all these years without saying hello and catching up but i really need your help. My son is epileptic and has 20+ seizures a day. A friend of mine had told me about CBD oil, something charlottes web, and i was wondering if you knew how I could get it?”

Just to add some context, we live in Toronto, Canada and at the time CBD was strictly illegal. Also, she was ending me this message because growing up I smoked a lot of weed and she knew that.

I wrote back to her and referred her to the Stanley Brother’s website and by some miracle she was able to order the epileptic crushing medicine.

That’s how fucking legendary Charlotte was. Her movement spread throughout the world and she did it while battling epileptic episodes and confined to a wheelchair. The CBD industry would not be where it is today without the perseverance of the legend, Charlotte Figi. 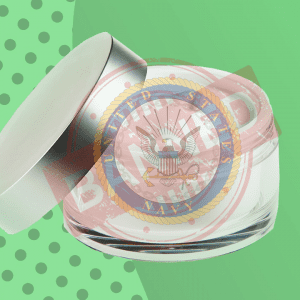