Why Did Weed Become Illegal When It Used To Be Legal

There are many controversial views and ideas when it comes down to weed. The war on our favorite plant has been long-lasting and it began around 1900s.

However, there was a time when weed was sold and bought freely without judgement. You were able to walk into any store and purchase yourself some nicotine, alcohol and weed.

According to the National Institute on Drug Abuse, weed is the least harmful “drug,” especially when it’s compared to prescription pills, alcohol and cigarettes. https://www.drugabuse.gov/publications/drugfacts/marijuana

Also Read:- Top 4 Of The Most Expensive Marijuanas In CBD Business

So, Why is Weed Illegal?

The war on weed has taken many dimensions since the 1930s when the immigrants caused a vibrant use on it. Laws have passed on planting weed, transporting and consumption. They range from the medical application, social impact and the fear of addiction for the users who take it as a gateway drug. (https://smoke.io/cannabis/@smokers420/how-did-weed-become-illegal-facts-about-the-cannabis-prohibition)

Due to Immigrants – It was believed that weed was associated with the anti-Chicano Movement in the 1930s. So, the Bureau Of Narcotics (BON) banned the marijuana and hemp industries and scheduled a five-year campaign plan against weed. https://en.wikipedia.org/wiki/Legal_history_of_cannabis_in_the_United_States

Big-Pharma Says so – fear on business rivalry because pharmaceuticals felt tilted towards losing the market to cannabis.

Politics – In 1970, President Richard Nixon enhanced the war on drugs where marijuana was one of the targets under the new law-Controlled Substances Act of 1970. The controversial circumstance around the medical ban seems to have unnatural forces behind them. (https://smoke.io/cannabis/@smokers420/how-did-weed-become-illegal-facts-about-the-cannabis-prohibition)

Here’s a Fun Video Explaining it All 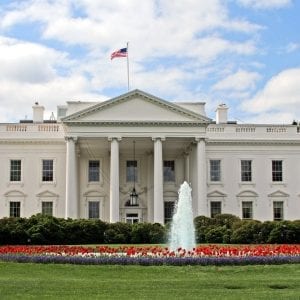