Wanted 6 Of The Biggest Drug Busts In CBE Business History

In some places drug busts can see, riding around with a smidgen of marijana can be a pretty scary and stressful experience. There are laws that make the smallest traces of the plant illegal, even in the US. There are some people serving life sentences in federal prisons all due to Mary Jane! I’ve never been caught by authorities with it on me but I have been pulled over with it, searched, and just experienced that general paranoia whether or not I am legally carrying it and it is TERRIFYING!

I always was interested in learning about those who have boldly tried or maybe even successfully “pushed weight” all around the world. There are many different things at stake when someone takes these risks, so I’ve compiled a list of some of the biggest marijuana busts in history!

a border patrol agent in Otay, Mexico thought a truck looked a bit overweight. When asked, the truck driver stated he was hauling mattresses and cushions. The truck was x ray’d and there was found to be 15 TONS of green stuffed to the brim of this semi. There wasn’t a single inch of wiggle room in the trailer! If sold on the streets of Cali (where it was headed) it would have sold for about 19 million on the streets!

a truck headed out from a warehouse that was being watched closely for a while by authorities was observed. They called in border patrol to stop and search the truck where they found 10 TONS of bud. They then obtained a federal search warrant for the warehouse and to their surprise, another 15+ TONS of cannabis awaited their arrival. They also found a tunnel where all of the regulated drugs made their way in. This tunnel was nearly 6 football fields long and snuck in almost 30 tons of (seized) marijuana in total.

The biggest weed bust in Canada uncovered over 40,000 plants in an eastern Ontario cornfield. This occurred in September of 2008. The plants were hidden between rows of corn and were estimated to value about 40 million dollars in total and it took the entire weekend to haul away the plants. The suspects had rigged up a pipe system running from a nearby pond and run through an above ground pool to tie it all together.

a hunter stumbled upon one of the biggest crops in US history while out searching for deer and phoned in a tip to Texas authorities. Upon inspection, officials found roughly 100,000 marijuana plants on the property being nourished by a complex hydration machine fed from a local creek. Pumps were installed in the creek and hoses lead up through the fields to carry water to the crop.

a massive amount of hashish was seized by afghani police. Roughly 25 coach busses in weight aka about 261 TONS of hashish was discovered by police. It’s the largest hashish bust in history and valued at over $400 million dollars! I wonder what kind of punishment this crime yielded in the middle east :O

law enforcement officials seized an upwards of 330,000 marijuana plants in Fresno County, California cashing in at about 1 billion dollars total in value. The suspects arrested were all linked to Mexican cartels and it took about 1 and a half weeks to round up all 82 of them.

I never would have thought people would be brave enough to transport “illegal” items across the border in weights clocking in heavier than vehicles. In my mind, anything more than what’s for personal use would end up costing me my life messing around with the federal government in America. These people caught were very brave souls! In some countries, being in possession of even 1 pound could cost you your life. It’s amazing to think about what people are willing to risk for a little green wonder plant. 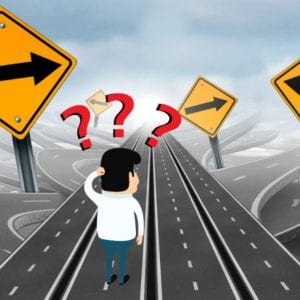