According to this weeks leaked audio of the President Donald Trump, “weed causes an IQ problem. You lose IQ points”. While we struggle to understand his articulate and in-depth point of view, there is one thing as a community of weed smokers we can agree on: Weed is fucking awesome!

From smoking a sweet Sativa and cleaning up your entire home before 10 AM on Sunday morning, to indulging in deep and provocative conversation between friends that bring up topics like “What is the whole point of the alphabet being in order?.”

Flash GIVEAWAY: Get 1/8th Of Trump Strain CBD For FREE.

As Americans stupefy into the abyss of fake media, cannabis fear-mongering, and a president that is as smart as he is truthful, innocent cannabis enthusiasts everywhere are coming under fire from prejudice and stigmatism.

So as a blog that devotes itself to the absolute love and passion for cannabis, we felt it would only be right to write an article showcasing the Smartest Weed Smokers in History.

Known as a ‘living legend’ by the US Library of Congress, Steven Ray Gould is one of the most evolutionary palaeontologists AND biologist of all time. Gould began his journey with marijuana after he was diagnosed with an incurable disease; mesothelioma and given eight months to live. But as a ‘living legend’ he was able to live another 20 years and was a big advocate of medical marijuana.

Also Read:- We Bet You Haven’t Tried CBD With Strawbearie Chew Ever

An iconic genius who needs no introduction, Bill Gates is one of the smartest weed smokers in history. At the age of 19, he built up Microsoft and created what is known today as the PC computer. His net-worth sits at cool $110 billion in 2020. Besides being an extremely wealthy weed smoker, Bill Gates is also a very giving and caring person. He is listed as one of the top philanthropists in the world, and has pledged to give away 99% of his fortune to global charities.

Bill Gates began using marijuana in college and is still active today. In 2018, Gates for voted cannabis legalization in his home state of Washington and his company Microsoft one the first major American company to put their money behind a legal weed company (a software company that tracks the cannabis industry).

Bill Gates arch nemesis and competitor, the man who brought you the iPod, iPad and iPhone. Steve Jobs is the former CEO of Apple, the world’s first trillion-dollar company.

Steve Job’s love for cannabis was brought to the world stage back in the 70’s. when he did an interview with wired magazine and stated “The best way I would describe the effect of the marijuana and the hashish is that it would make me relaxed and creative.”

The eccentric billionaire and former barefoot hippie was also into the harder stuff. According to his biographies, Steve Jobs didn’t only love cannabis but also liked illicit and psychoactive drugs like LSD and ecstasy.

Carl Sagan is a literal drug. His philosophies and expertise in astrophysics and astronomy has set more minds adrift on a sea of wonder than possibly any other drug in this world. A double-PHD student, Carl was was also a best-selling author and scholar/pioneer on extraterrestrial life.

In 1969, Carl penned an essay under a pseudonym (scientists were assholes back then) concluding that the “the illegality of cannabis is outrageous, an impediment to full utilization of a drug which helps produce the serenity and insight, sensitivity and fellowship so desperately needed in this increasingly dangerous world.”

As a in-the-closet cannabis enthusiasts, Carl is the epitome of what a genius is and absolutely one of the smartest weed smokers in history. 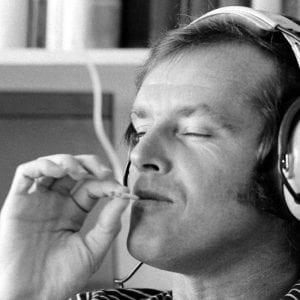