5 Super Trippy Kids Movies You Had No Idea About

I don’t know about you, but my childhood nostalgic memories consisted of me getting up super early on the weekends and turning on my favourite channels; Cartoon Network or Teletoon.

To me, this was an equivalent feeling of receiving an ounce of weed for free. Let me tell you, I was ecstatic for my weekend shows!

I would even purposely get up early, turn the volume down, so I could have more time with my tv without disturbing my parents. (Because as soon as my folks got up, they would give me a binder of math problems and I had to do math-homework for at least 3 hours. It didn’t matter what the occasion was, math was always the answer.)

Also Read:- Best 6 Dank Strains To Get Some Shut Eye With Smoking

So anyways, to me tv-time was my special moment of peace and excitement where I had the chance to dive into my favourite shows. I would just sit there, transported into a matrix of cartoons and submerge myself with my favourite characters.

However, little did I know that some of these shows and movies that I was watching were WAY too trippy for kids!

As I reflect now though, the theme was always super trippy for a kids movie, so that’s why I decided to rewatch and tell you what I learned.

People say that it ruins their childhood memories when they re-watch the super trippy kids movies as adults. But to me, I find it pretty hilarious.

Anyways, your mouth will literally drop to the floor like your favourite Bug Bunny show when you find out about these super trippy kids movies you never understood until now.

The Classic of All Classic Super trippy kids movies is obviously Alice in Wonderland:

Even as a kid I remember watching Alice in Wonderland over a million times because I kept getting confused and tripped out at the story line. Weirdly enough, it was my dad who told me that I’m going to love this cartoon…I don’t know what he was smoking that day. But, I can tell you that this cartoon is all about drugs, sexual innuendos and super trippy surroundings.

Sex and Murder for Kids With “Who Framed Roger Rabbit“:

Another classic, however, for a kid it’s a super trippy kids movie because the amount of cleavage it shows, Instagram would be jealous. Also, the whole plot was about cartoon characters and people committing murder!

Power Puff Girls Can Save the Word With One Super Trippy Movies at a Time:

I gotta admit as a kid I had a huge crush on you, is that trippy? This show is actually way darker than I thought, maybe I was just too smitten away as a kid to realize how super trippy this show was. I wasn’t the only one that had a crush on Arnold, so did Helga, the tritagonist and overall main antagonist of Hey Arnold! However, turns out the trippy part about this show is that she had an alcoholic mother …and looking at this now, damn that’s just sad that this was featured in a kids show.

The Adventures of Rugrats:

Who would have thought that a show about a bunch of babies can super trippy? This show was far from being innocent, it had tons of adult humor. For instance when they showed how Grandpa Lou would sexually fantasize about some alien-hoes. Yeah, you heard me right. Go rewatch this super trippy kids movie and you’ll be shocked!

I guess the premise of all this is that the 90s didn’t care about censorship and watering down content for the kids. Kids of the past were just raised differently and that’s why these super trippy kids movies will blow you away again as an adult because it contains layers and layers of depth. Unlike the shows produced nowadays that are solely made for algorithm.

If you’re interested in more trippy movies, check this out! 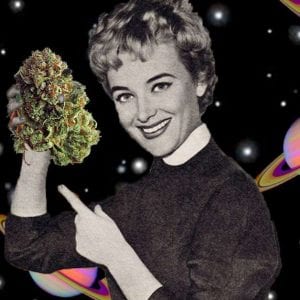