Vaping vs. Smoking? We Lay Down 12 Facts Today for Weed Lover

As we advance into 2020, everything around us has become a gadget of some sort.

Even the weed that we smoke can be used as a modern alternative thanks to our favourite friend, technology!

Vaping has become something that many smokers can’t get enough of and we’re starting to kind of get them….

Of course it’s also very subjective and it all depends on what type of high you are planning on experiencing. But, we will leave it to you to judge on what you think is better; vaping or smoking.

Here’s our 12 facts on what’s better vaping or smoking!

So, What is Vaping?

Vaping is when you heat your favourite strain of weed (or whatever else you indulge in) to a specific temperature, but it has to be below the point of combustion in order for the vaporizer to work. And that’s how those streams of vapour appear, then you can proceed to inhale the vapour either through a vape-pen or a mouthpiece bag.

Due to vaping being a recent invention, there hasn’t been too many studies that were conducted to determine if it’s better to smoke weed through a vaporizer.

However, UK scientists state that smoking nicotine is at least 95% safer than traditional ways of smoking. That’s why many people who choose to smoke weed medically, prefer to vaporize due to less potency on the smoke.

Please be aware that there are many vaporizing devices that are made from cheap material and this too can deter your health. We advise you to find a vaporizer that is more earthy, for instance like; ceramic, stainless steel or even quartz. Try to stay away from smoking plastic.

3 Reasons on How Vaping is Better

You Control the Weed Burn

For us stoners we want the weed to be everlasting…to never run out. That could be possible to a certain degree (no pun intended) when you vaporize your weed.

Due to many vaporizing gadgets being so modern, you’re now able to control the adjustments of your weed’s burning temperature. This is a great way to slow down the burn of your “joint”.

Now go ahead and set the setting on whatever you prefer; you can enjoy the experience of being mellow or experience something more euphoric.

Flavour is the Name of the Game

Who doesn’t love flavour? By vaporizing your weed, you’re now able to produce much more flavour than the traditional way of smoking.

Also, experience the ultimate high be slowly tasting each molecule of terpenes and weed strains that’s in your vaporizer. You’ll even experience some un-pronounced flavours that you didn’t know your “old bud” had.

No More After Smell

There’s always the after smell of weed that lingers in the room for days, even after you cleaned it up – the smoke still sticks on your furniture. And we honestly hate it!

Well, with a vaporizer not only is it discreet when you smoke but it’s also a great way to combat the stinky after smells. Say goodbye to those odours!

3 Reasons on How Vaping is Worse

Maintenance, do we need to say more?

Unless you’re a clean freak that loves to take care of your products, then this point doesn’t matter to you….

However, if you’re like the rest of us cleaning and maintaining a vaporizer can be daunting and annoying. You need to keep your vaporizer clean and in top shape always, unless you plan on getting sick. Especially if you’re a heavy weed smoker, then this is a number one rule you should follow.

Also, if you don’t constantly clean your vaporizer, the settings can get affected and damage your gadget.

Difficult for the OG Smokers

Vaporizing can be a complete difference experience, and sometimes it’s not so positive. Especially for those weed smokers that have been in the game for a while may experience a lighter high.

Technology Comes with a Price

…And we don’t mean the monetary type of cost (even tho that is also another negative). It actually takes time to learn your vaporizing gadget, unless they already came up with a smart-vaporizer…

It’s all about following the instruction manual on how much you can place into the vaporizing gadget, how fine to grind it, adjusting settings so you don’t burn the weed, etc. You see my point? Sometimes, you just wanna roll a doobie and not worry about all the technicalities.

3 Reasons on How Smoking is Better

It’s Part of Your Tradition

I’m not sure about you, but I love having my routine when it comes down to smoking weed. I usually like to smoke at night and it’s almost like my own “self-care” moment. By laying out the rolling papers, packing the weed and smoking it feels rewarding. I’m not sure how I can part with this tradition.

It should be simple to smoke weed without getting bombarded by all the flashing gadgets. You just light it with your trusty lighter and enjoy it. Vaporizing can get complicated and requires certain practice and time to learn the ins and outs.

Not sure if this has ever been done, but I would just feel awkward having sessions of vaporizer pen being passed around… It’s just not the same experience.

3 Reasons on How Smoking is Worse

Sure, the initial smell and burn can be a bit flavourful. However, it’s a lot harder to taste the difference between your favourite strains. Vaporizing gives you a more distinct flavour, unlike traditional smoke that burns the flavour right away.

It’s unfortunate, but weed does burn a lot quicker when you smoke it traditionally. Next thing you know, you have to refill your stash. However, with vaporizing it gives the smoker a longer experience to enjoy the weed.

Like we said earlier; due to vaping being a recent invention, there hasn’t been too many studies that were conducted to determine if it’s better to smoke weed through a vaporizer.

However, UK scientists state that smoking nicotine is at least 95% safer than traditional ways of smoking. So, this type of statistics can also be applied to smoking weed.

If you enjoy our blogs, read more here! 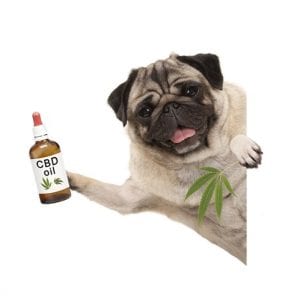