7 Celebs You Didn’t Realize Owned a Stake in Cannabis

I’m sure you’re aware of the typical stoner celebs who would probably out smoke all of us put together in one sitting. You know, the ones like Snoop Dogg, Willie Nelson, Wiz Khalifa, Lil’ Duval and Tommy Chong. But wait until you hear who else has a passion for the green goddess! In this article, I will share with you celebs that you probably didn’t know held any interest in the cannabis industry!

Up first and from one of my favorite series of all times, the Trailer Park Boys gang! Since it is illegal where they are in Canada to promote Cannabis with characters, the crew found some loopholes and made it happen with “Trailer Park Buds”. Clever, Right?! If you’ve never watched, Ricky was the king of growing in his kingdom of Sunnyvale Trailer Park. They have 2 strains named after some phrases Ricky says “Itodaso” Indica (how Ricky says I told you so) and “Two Birds” Sativa (“get two birds stoned at once” Is how Ricky thinks the idiom goes).

Next up, a legend from my childhood; My mother watched his talk show religiously haha Mr. Montel Williams! He Founded Lenitiv Scientific in 2017. He’s since launched his line called Montel By Select. They produce Montel Hemp Extract Capsules, 2 hemp derived CBD oils, as well as 5 THC oils. I love seeing him go from the screen to the green!

If you know the rockband System of a Down then you’re familiar with their bassist, Shavo Odadjian. But have you heard of his lifestyle brand 22Red? It sells a collective of art, music and cannabis for the perfect creator’s bliss. The company’s name was inspired by what the number 22 represents for Shavo. Throughout his experiences and studies, he’s found a close correlation between the number and life changing events that have proved to be the fruits of his labor.

Iron Mike, a 53 year old machine, was a champion boxer in his prime who still holds world-wide records. He was known for infamously biting off another boxer’s ear and now, he’s taking a bite out of the Cannabis industry with cannabis that will also knock you out cold! He is the founder of Tyson Ranch. Who would have thunk Mike Tyson was so passionate about Mary?!

This Saturday Night Live actor believed in the healing properties of Cannabis so much so that he dedicated 93 acres to cultivating the little green savior. Jim Belushi found just the right location for Belushi Farms and received blessings from the locals to execute his vision. He likes to sun grow his crop and with each new harvest, his fondness grows abundantly for the plant just like each new seedling.

Who could forget the late rapper Notorious B.I.G.?! It’s not his company but his son, C.J. Wallace, has built his own Cannabis empire Think Big. C.J.’s vision revolved around healing people and revoking the idea that Cannabis is something to be punished for. Think Big advocates for just Cannabis laws & allowing Cannabis to be a legal solution for many. He saw the benefits first hand when his own little brother improved his autism using CBD and his grandmother experienced relief during her battle with breast cancer. For C.J., it was a no- brainer. EVERYONE should have access to this miracle plant!

“Come to my windowwwww….!” You guessed it! The singer Melissa Etheridge has her own Cannabis company, Etheridge Farms. She got into the industry because she noticed there was no representation for middle aged women, a pioneer of sorts! She was a testament to the healing powers of ganja having personally used it to relieve the effects of chemo therapy. It immediately took away her nausea and gave her an appetite once again. She whole heartedly feels Cannabis is something that heals you and makes you healthy once again!

I was very interested to learn that these celebs believed so heavily in Cannabis! Especially with as taboo as the plant used to be. It is becoming more widely accepted and represented. People from all walks of life who believe in the miracle plant are speaking out and loudly! Stay tuned for more intriguing facts about Cannabis and those who inconspicuously rub shoulders with it on the daily! 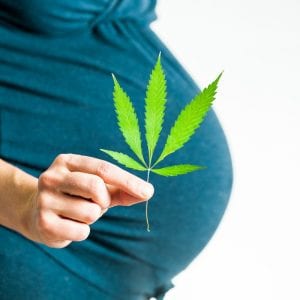