Top 5 Countries You Do Not Want to Smoke Weed In

Beers, beach, and cannabis. Sounds like a fun vacation right? Except if you catch yourself in any of these 5 countries where weed consumption is punishable by death 😵 because here not allowing to smoke weed.

The irony behind Japan’s harsh stance against weed is a powerful one. Cities like Tokyo are well known spots that offer foreigns tourists a range of vices including, sex, alcohol, and some of the weirdest shit imaginable. but weed however, is considered a taboo and is heavily looked down up by the Japanese people. Despite the progressive Japanese culture you always envisioned. If you get caught smoking weed by police in Japan, there are some serious consequences.

Since 1948 cannabis has been illegal in Japan. Possession of it is punishable by up to five years in prison with hard labor, as well as a $10,000 fine. If you get caught cultivating, selling, or transportation the drug, it can punishable by life in prison.

If arrested in Japan, even for a minor offense, you may be held in detention without bail for a few months or more during the investigation and legal proceedings. Foreigners caught with weed are unlikely to be imprisoned after the legal process. But they can expect deportation from the country while being forbidden to ever again visit Japan.

Now if there is one place on earth i’d personally not want to be caught smoking weed in, it’s definitely China. Just this past week, 2 Canadian’s were put to death in front of a firing squad for drug related offenses in China.

Cannabis in China does have a history though. For over 2,500 years it has been used for fiber, ritual purposes within Taoism, and medicine. All of this is hard evidence that cannabis had numerous applications in China’s deep history. So why all the hate?

People in China associate cannabis with opium which is infamous for causing social and economic disruption in China during the opium wars. So without giving you a history lesson, the hate for cannabis is derived out of fear because of some insane sex addicts two hundred years ago.

Penalties for cannabis offenses are vague, but cannabis is considered a narcotic under Section Seven of the Criminal Law of the People’s Republic of China. Individuals who smuggle, traffic, transport or manufacture drugs are usually sentenced to confiscation of property on top of  a possible 15 years of prison, life imprisonment, or death.

The country where you can’t even chew gum. Singapore is known for its draconian drug laws and a legal system that states that the burden of proof falls on the defendant so if you’re caught, you’re basically screwed.

Even if you are caught with a single joint, you can be charged and thrown into prison for 10 years! Oh and you’ll also be fined $20,000. If you’re caught with anything over 15 grams, you will automatically be classified as a trafficker which means life in prison. Jeez. Just writing this gives me the chills. I remember being caught with a half ounce back in high school; can you imagine being thrown in jail for the rest of your life for it?

So what happens if you’re caught with over 500 grams? You’ll be executed the very next day.

The United Arab Emirates is an absolute no-go area for cannabis lovers. The country has a zero tolerance attitude towards the narcotics and their police are trained to actively be searching for foreigners breaking the rules. If you get caught with a single joint, the mandatory MINIMUM sentence is four years.

Just how insane is UAE on cannabis? Unfortunate British tourist Keith brown received a four year prison after being caught with…wait for it…wait for it…0.03 grams. As someone who has been to Dubai and paid $50 for a gram of dog shit (I did not know about their laws), I can tell you this…the four years of prison is definitely not worth it.

Now if you think of trafficking cannabis in the UAE then you better be prepared for the consequences: death penalty.

As we all know, the Philippines does not take kindly to people who are even the slightest bit involved with Illegal drugs. While it’s not exactly death penalty, with today’s laws, possession of 500 grams of marijuana can land you in prison for the rest of your life. Meanwhile, those in possession of 300 grams of marijuana or less can still face up to 12 years in prison with a fine of up to $10,000. 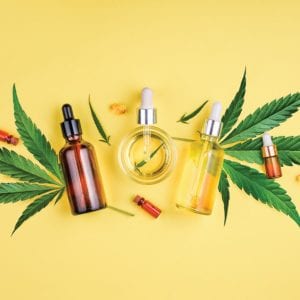