From wake n’ baking to raiding your fridge at 11pm with a severe case of munchies every night, here are the 4 weed habits to kick away in the New Year.

According to the 2019 Global Drug Survey, the United States of America ranks #1 in the world in ‘waking and baking’ with 30% of cannabis users reporting they smoke weed within twenty five minutes of waking up. Good lord.

Also Read:- Is CBD Right For Acne Problem? Is CBD Products Can Help?

Simply put. If you don’t drive a Lamborghini or have a trust fund that will support you for the rest of your life then I highly consider kicking away the wake & bake routine. While it may seem harmless during your youth it will definitely catch up to you later in life.

From my own experience growing up smoking weed in Canada, there is a strong correlation between the people I knew growing up who smoked weed every single morning and their lack of purpose and productivity to this current day.

Where did all those extra pounds come from? Probably the countless nights spent raiding your refrigerator or UberEats when you were stoned out of your mind.

According to a 2019 study analyzing self-reported body mass index (six million American adults surveyed), half of America will be clinically obese by 2030. It’s probably a munchies-epidemic.

When you combine the obesity rate with the fact that half of America smokes weed, you can’t help but think there is a correlation between smoking and eating shit food all day.

Eating late at night is one of the most unhealthiest weed habits. Unless you you don’t care about juicy love handles and a meaty double chin.

“Can I add some tobacco to the joint?” is a question we all know too well.

From smoking with friends to smoking with strangers, there always seems to be that one person who wants to add tobacco to the joint. So how harmful can it possibly be?

One of the BIGGEST concerns with mixing weed with tobacco is that you are inhaling over 400+ toxic chemicals that are found in tobacco. Nicotine, carbon monoxide, arsenic, acetone, ammonia, methylamine, and so much more. We are talking about synthetic chemicals found in your batteries, body lotions, rocket fuel, and microwave.

Another big concern is the lack of scientific research on the mix of tobacco and cannabis. Obviously we know the ingredients of both THC and Tobacco but we have little understanding of how they react to one another when smoked.

Smoking anything is already bad for your lungs so if you’re going to do it then just stick to weed. This is definitely one of the worst weed habits and you should kick it away!

No one likes smoking out of a dirty bong. Not only is it poor ‘weed-etiquette- but it can actually be a danger to your health.

If you grew up watching Bill Nye the Science Guy then you know that bacteria thrives in stagnant water. Think of waterborne diseases that have wiped out mankind in history. Typhoid, cholera, malaria, just to name a few.

If you’ve smoked out of a dirty bong then you’ve probably noticed the ‘biofilm’ that appears at the top of the bong lip. It’s made up of colonies of microbes that live on the surface of water. With every toke of the bong you are inviting yeast, fungi, bacteria and pathogens into your lungs.

Smoking regularly out of a dirty bong can lead to a long list of problems like Streptococcus and E Coli and even worse Black Mildew. These toxic pathogens will cause irreversible damage to your respiratory system.

So the next time you hit a bong make sure that shit is crystal clear. There is nothing wrong with asking someone to clean their bong water either. It’s beyond weed-etiquette, it’s about your lungs and health!

One of the most dangerous weed habits to kick away in 2020! 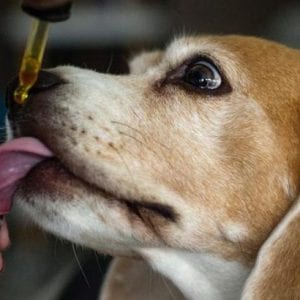