Everything You Need to Know About Cannabis Use Disorder

Cannabis use disorder refers to the diagnosis given to problematic marijuana use. As more and more states continue to legalize marijuana for recreational use, experts warn that addiction rates may increase.

Statistics show that addiction levels have gone up in states that have legalized recreational cannabis, although it remains manageable.

Cases of cannabis use disorder among teens rose from 2.18% to 2.72% in states where recreational marijuana is legal. Cannabis use increased by 26% among adults (above 26 years) in the states that allow recreational use for marijuana.

So what’s cannabis use disorder? What signs and symptoms does it exhibit? And how do you protect yourself from it? Well, read along to learn more.

Also Read:- 9 Ways To Save Your Liver From Toxic CBD Side Effects

What is Cannabis Use Disorder?

Despite the continued efforts to legalize cannabis for recreational use in many states, the U.S. Drug Enforcement Administration still classifies cannabis or marijuana as a schedule I drug. Cannabis’s high potential for abuse alongside a lack of standard regulations for medical use is some of the reasons.

While using cannabis doesn’t necessarily cause health problems, sometimes you can become dependent on it. This is what we call a cannabis disorder.

About 5 percent of people aged 12 and above have cannabis use disorder. The case is more prevalent in men than in women. If not treated, this case can affect your ability to handle your daily activities. Regular cannabis use can lead to amotivational syndrome (lack of desire to do something).

As with any other addiction, cannabis addiction develops slowly. It starts with infrequent occasional use, which increases gradually to regular and more frequent use. Since cannabis doesn’t have many observable symptoms, cannabis users tend to smoke it throughout the day.

Marijuana use is usually associated with mental health issues, such as anxiety disorders and mood changes. That’s why some users find it challenging to discontinue the use of cannabis. Psychiatric comorbidities are common in dependent marijuana users.

Prolonged cannabis use is known to produce pharmacokinetic and pharmacodynamic changes. Pharmacokinetic refers to the process through which the drug is absorbed, distributed, metabolized, and excreted, while the latter involves how the drug interacts with the target body cells.

To achieve a higher tolerance, a cannabis user might be forced to take higher cannabis doses, reinforcing the body’s metabolic system. This ensures that the drug is efficiently eliminated and enhances the regulation of cannabinoid receptors in the brain.

Decreased reactivity to dopamine has also been associated with cannabis users. It can be due to a dampening of the brain’s reward system and addiction severity or increased negative emotion.

Cannabis enthusiasts can also develop tolerance to THC effects. This is especially common for teenage cannabis users. The tolerance to THC is thought to be caused by changes in the cannabinoid receptor function.

Ideally, between 10 and 20 percent of daily cannabis users are likely to develop dependence.

About half of the people in cannabis treatment have cannabis withdrawal symptoms. These symptoms include depression, irritability, restlessness, disturbed sleep, decreased appetite, gastrointestinal symptoms, and anxiety.

Since cannabis withdrawal syndrome is not life-threatening, some cannabis proponents dismiss its existence. However, the truth is it does exist.

As with any medication, if you use cannabis every day, the body’s natural receptors downregulate in response to prolonged external stimulation. Once this external stimulation is withdrawn, it leaves the body in the lurch. The natural receptors will take time to return to their normal levels. During this time, both the body and brain will be hungry for these chemicals, leading to withdrawal symptoms.

You are also at a higher risk of having cannabis addiction if you have a history of addiction to substances, whether genetically or due to environmental causes.

However, certain factors are known to trigger cannabis use disorders. Studies conducted on social and psychological aspects show that young and frequent cannabis users are at a higher risk of becoming cannabis dependent.

Poor parenting, emotional distress, school drop-out, cigarette smoking, and moving away from home at an early age put teenagers at a higher risk of becoming cannabis dependent. Besides early exposure to cannabis use, genetic predisposition plays a significant role in developing cannabis problematic use.

People in the adolescent stage and those with mental health issues are also at risk of developing cannabis use disorders.

How to Prevent Cannabis Use Disorder

With the many known CBD benefits, stopping using it can practically be impossible for many. However, there are some steps you can take to avoid becoming cannabis dependent. That being said, here are some things you can do to prevent cannabis use disorders:

Teens, as well as some adults, start using illicit drugs due to peer pressure. This can also be the case when it comes to cannabis use. Some people find themselves doing things that they wouldn’t do to fit in a group.

This can easily lead to problematic cannabis use. To avoid this, you must find friends or groups of people who cannot lure you into doing harmful things.

Medical doctors, as well as cannabis experts, will help find the right treatment for you. Besides suggesting the best CBD strain for anxiety, they will advise on the proper CBD dosage for you. While CBD benefits are many, they also come with side effects, especially when taken in excess.

Know the Risks of Cannabis

Unlike in the recent past, most people (especially young people) don’t view cannabis use a risky behavior.

However, the truth is marijuana use can pose real risks to the users. It can affect the brain IQ, cause mental health, affect athletic performance, and general life quality.

Drivers who drive under the influence of cannabis may experience decreased coordination, slower reactions, and challenges responding to signals and sounds on the road.

With all the happenings in life, one can quickly feel overworked and overwhelmed. In such a time, people might be tempted to use drugs as a reward. While it may not make sense at the moment, turning to drugs might make life more stressful in the long run.

Treatment of Cannabis Use Disorder

As earlier stated, people with cannabis use disorder suffer from other psychiatric disorders. As such, they can easily be addicted to other substances like alcohol or cocaine.

Behavioral therapies and some medications have been shown to reduce cannabis use disorders, especially for cannabis users with chronic mental disorders. To that end, here are some behavioral treatments that have shown positive results:

Contingency management is a therapeutic approach that involves frequent monitoring of target behavior and the provision or removal of positive rewards depending on the target behavior.

This form of psychotherapy involves teaching people how to identify and correct problematic behaviors to promote self-control, stop substance abuse, and address a range of other issues associated with them.

This is a systematic form of intervention aimed at producing rapid internal change. However, this therapy is not designed to treat the person but to mobilize their inner resources for change and treatment engagement. 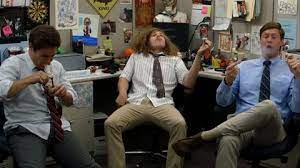