5 Homophobic Politicians Who Were Caught With Their Pants Down

Homophobic hypocrites! Here’s a list of ANTI-LGBT religious politicians who turned out to be gay, lesbian, or bisexual. It seems self-hatred drives a tortured soul into the arms of the movement’s that would do them the most harm.

Trump campaign coordinator, Oklahoma State Senator and die hard Republican with “strong family values”. Ralph Shortey pleaded guilty to child sex trafficking of a teenager boy and was sentenced to 15 years in prison. The irony? He voted in favor of legislation allowing businesses to discriminate against LGBT people. The pure definition of being a homophobic hypocrite.

Evangelical (or EVILgelical) pastor Tom Brock is what you call a “confused individual”. In 2009 he left the Lutheran Church in America over a decisions by the denomination to ordain practicing homosexuals. Tom even said “God sent a tornado to strike the Minneapolis Convention Center during a conference over the decision. But not even a year later, Tom was exposed for attending support groups and confessing that he went on a trip to Slovakia looking for same-sex.

Despite his natural urges and lust for men; Today Tom continues to play the “I am not gay game” and says felt intense “homosexual temptation” his whole life but has always been celibate, and he maintains gay sex is evil.

While Long denied the accusations, he settled out of court with all accusers in 2011. Your typical homophobic hypocrite!

Hailed as one of the most respected and senior Catholic Clergyman in Britain, O’Brien was known for his strong stance and opposition towards marriage equality, adoption by gays, and other civil right for the LGBT community. In fact, he was given the title “Bigot of the Year” from the Stonewall charity.

But in 2013, he resigned after for other senior priests accused O’Brien of making inappropriate advances to them over the course of 33 FUCKING YEARS.

Did he go to jail? Nope. Was he arrested? Nope. He just resigned and went to suck dick in hiding.

James West AKA Cobra82. The mayor of Spokane, Washington from 2003 to 2005. James served in the slate legislature and crafted policies and legislations like a ban on gay workers at schools and day care centers.

In 2004 he was exposed for seeking out men on Gay.com under the online identity Cobra82. A year later, voters removed the mayor in a recall election, as reported by the Associated Press. He died of complications from cancer surgery in 2006. 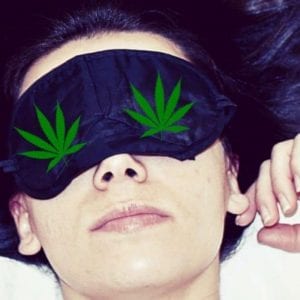